Perd’e Pibera Park located in the territory of Gonnosfanadiga, is the largest municipal park in the Middle Campidano: oak and holm oak plantations alternate with the recently restored buildings of the homonymous mine of molibdenite which was extensively exploited during the fascist period. These buildings are currently used as conference rooms or to house temporary exhibitions. Walking through the park along beautiful trails, you can reach the highest peaks of mount Linas including Punta de sa Mesa, the highest of the complex with its 1236m above the sea level, Punta Cammedda, Punta Santu Miali or even venture into  wild and intact landscapes that hold real surprises such as taxus buggy trees, enormous and centuries-old yews.

The dunes of Piscinas

It is one of the wonders of the whole island, as well as of the Mediterranean; even Italy has its desert, an oasis protected against the development and progress of the world. Piscinas is a true desert formed by huge golden sand dunes, towering up to a hundred feet.They penetrate inland for several miles and plunge into a blue and boundless sea leaving its visitors breathless. The dimensions of the coast permit easy and quiet isolation, even if the crowding in this place makes it unfeasible. Calling this place a beach is reductive and perhaps offensive since its vastness and purity are without equal. The same can be said for the sea .It becomes immediately very deep with a sandy bottom having a rich fauna. The wreck of a vessel carrying lead has been lying not far from the shore for over 200 years. You can snorkel there to admire the load of lead, the wreck and a cannon sticking out of the sand. If you reach Piscinas coming from the old village of Ingurtosu, you often don’t realize that you are going through an itinerary steeped in the history of the area related to mining exploitation. Along the road that goes from the village of Ingurtosu down to the sea, crossing the Is Animas valley, you can see several impressive ruins of the mine buildings.

No matter how strange it may seem and despite the seemingly hostile conditions, it is striking that the vegetation finds its habitat here. Junipers and mastics grow here all year long and the wallflower, the sea daffodil and the California poppy bloom in Spring.

The Giara Park (called by Sardinians Sa Jara or Sa Jara Manna meaning the big Giara) usually known as the Giara di Gesturi, is a high and steep-sided basaltic plateau located in the central part of Sardinia, on the west side of the Gulf of Oristano between the Marmilla, Trexenta , Sarcidano and Arborea. It extends in the municipalities of Gesturi, Tuili ,Setzu in the province of the Middle Campidano and Genoni in the province of Oristano .

The Italian name Giara and the Sardinian name Jara are used in this part of the island to indicate some basaltic plateaus. Besides the well-known Giara of Gesturi, Tuili, Setzu and Genoni for instance, there are the Giara of Siddi (Sardinian: Su  Pranu , the plateau ) in which there is an interesting Giant’s grave, and the Giara of Serri where there is a charming Federal Nuragic Sanctuary.

The term Giara probably comes from ‘glarea’ or gravel, a distinguishing feature of volcanic highlands .The Giara Park has been dubbed ‘Island in the Island’ for its unique morphological features of flora and fauna that make it a magical place. Among all mammals that live on the Giara, the Giara pony – Equus caballus giarae- is undoubtedly the most well known.

As there is no fossil record of horses in Sardinia, it is thought that the Giara pony was probably introduced during the Nuragic and the Punic period. Entire wild horse herds used to live on the island in the Middle Ages and some of them populated the island of Sant ‘Antioco  until the end of the 800. Today, the only place where these ponies live in their natural state is the plateau of the Giara. Thanks to their small size they got used to the particular environment of the Giara, having plenty of food and water in winter and spring and short supplies of these in summer and autumn. 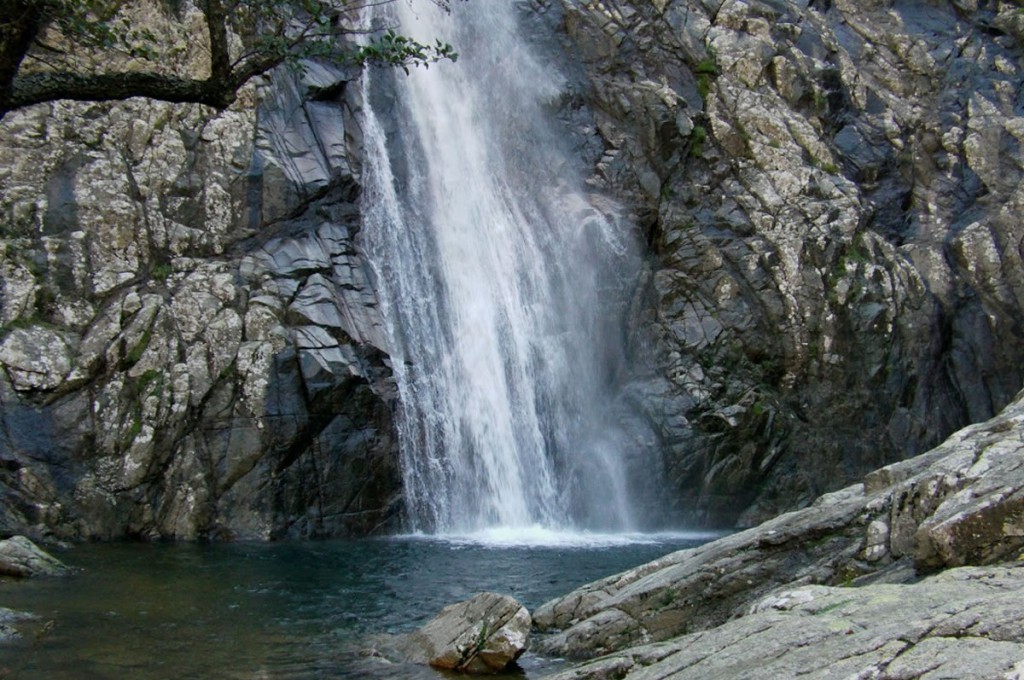 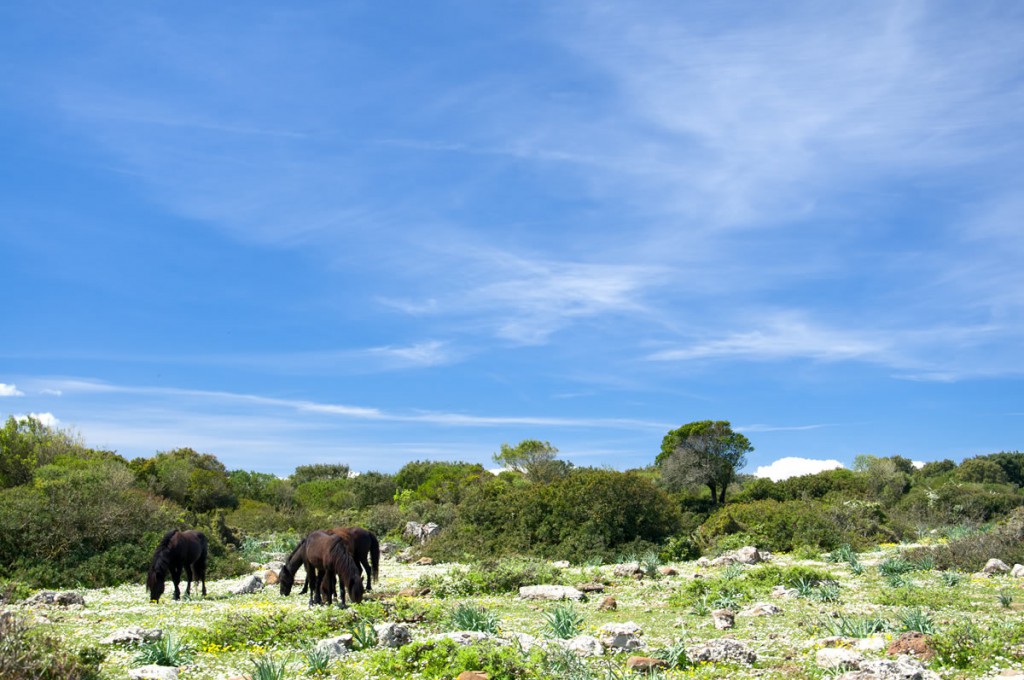 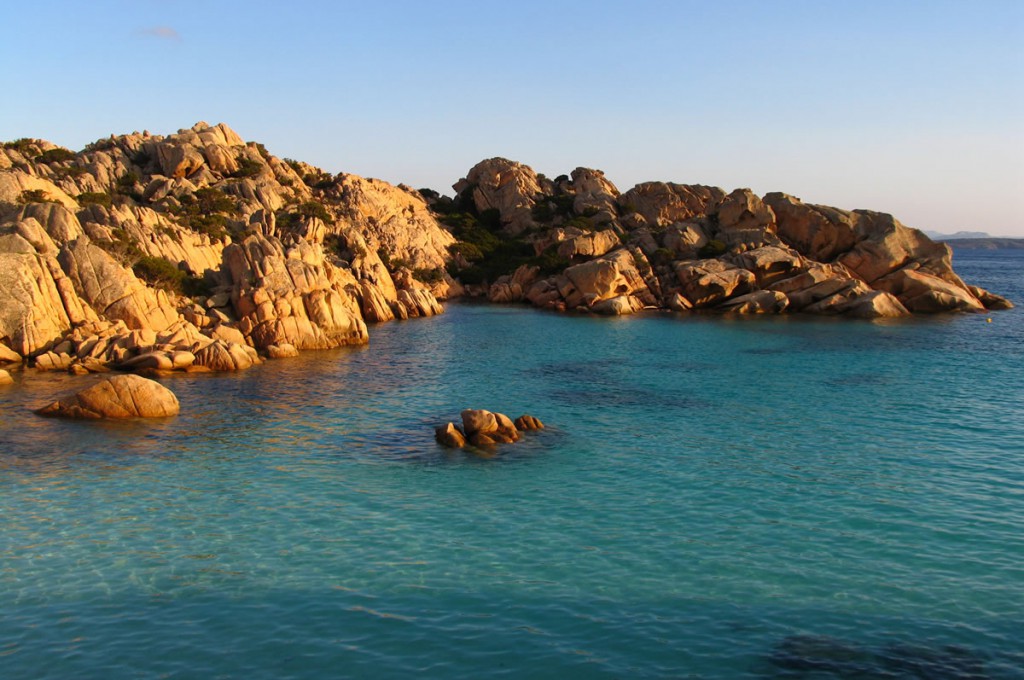