In front of the Antiche Terme di Sardara there is the church of St. Maria Acquas – a diocesan sanctuary. It was built around the eleventh and twelfth century, even if there are no definite dates or historical documents regarding its building. However, the worship of the Holy Virgin in this area started perhaps centuries ago. It is thought even before the year one thousand.

The statue of the Holy Virgin, which still lies within the church, dates back to the sixteenth century, perhaps even to the fifteenth. The statue was once hidden due to external attacks, fraudulent incursions and raids. Its following recovery led to the subsequent restoration of the church around the eighteenth century. The small church has been renovated with the passage of time and so has the statue of the Holy Virgin named Holy Virgin of the Waters, precisely because we are located near the thermal baths that characterize the area.

The Church of St. Gregorio (Sardara)

The church of St. Gregorio is in the old town center, on the upper part of Sardara. There used to be a nuragic sanctuary with a well temple in the Church of St. Anastasia . There are still traces of Punic and Roman settlements around the area .There was a Roman station in St. Maria acquas that was located along the main thoroughfare between north and south. The presence of spring waters led to the installation of thermal baths that are still active today. During the Giudicale Age the territory was controlled from the castle of Monreale, situated on the border between the kingdom of Cagliari and the kingdom of Arborea. The church of St. Gregorio, is characterized by fine architectural details and is one of the most intact and significant Gothic monuments in Sardinia.

Although there is no documentary evidence, the building can be ascribed to the first quarter of the fourteenth century. The facing walls are made of limestone and volcanic stones. The church plan is single-naved with a wooden roof and an apse on the S / E. Although this last one has a semicircular profile inside, it appears externally squared. This is due to a compromise between the well-established Romanesque tradition and the intent to adhere to the new Italian Gothic forms.

The gabled façade is divided into three sections by pilaster strips and two strong corner pilasters. In the central section there is the architraved portal surmounted by a pointed arch drain and provided with molded jambs. There is a Gothic rose window in line with the portal that is surmounted by a series of arches on corbels. A belfry with two narrow lights completes the façade.

In the northern side there is a portal with a pointed arch rib. In the apse there is a wisely restored ogival mullioned window. 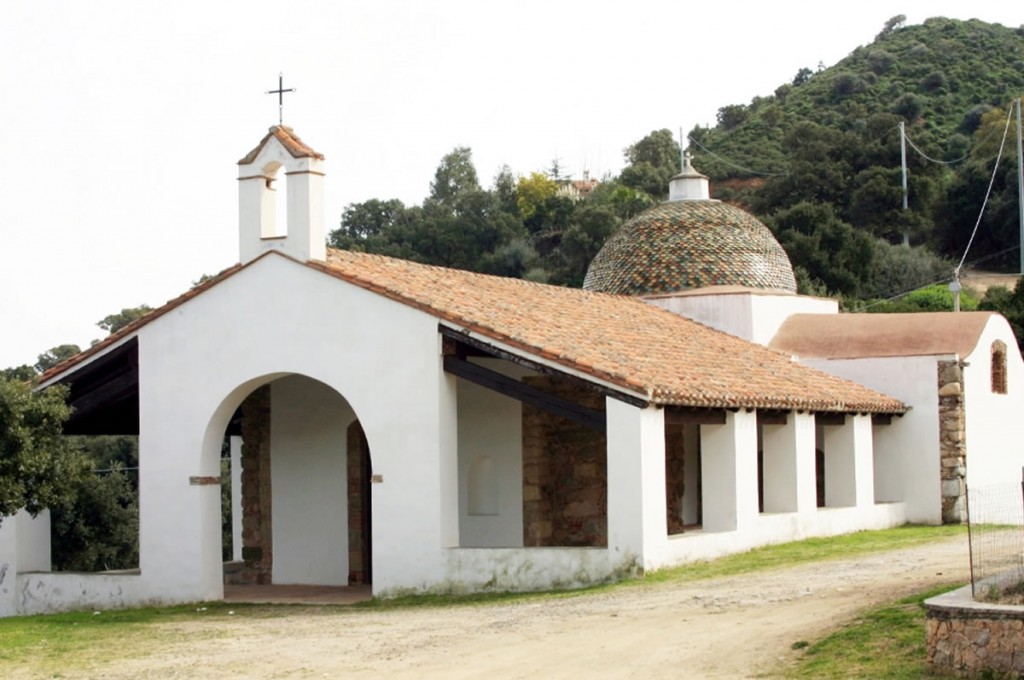 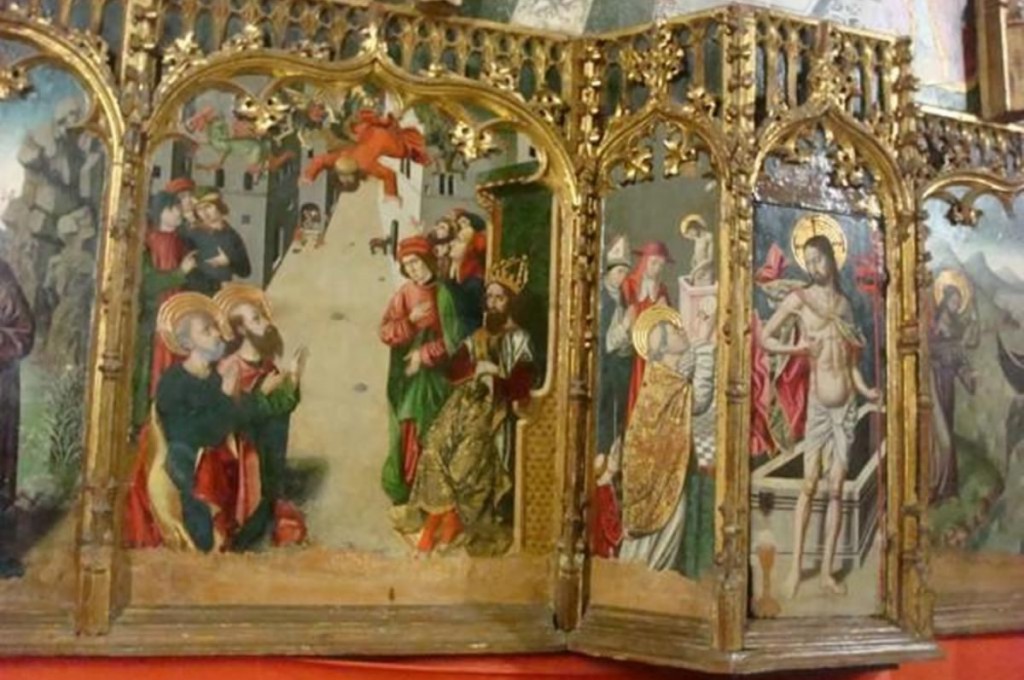 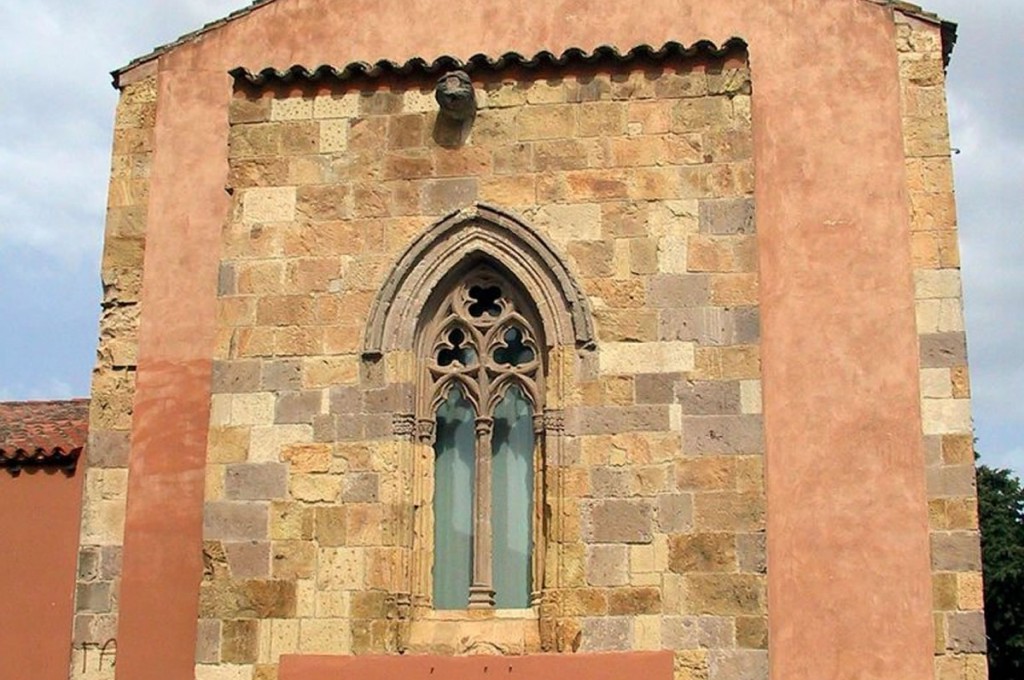 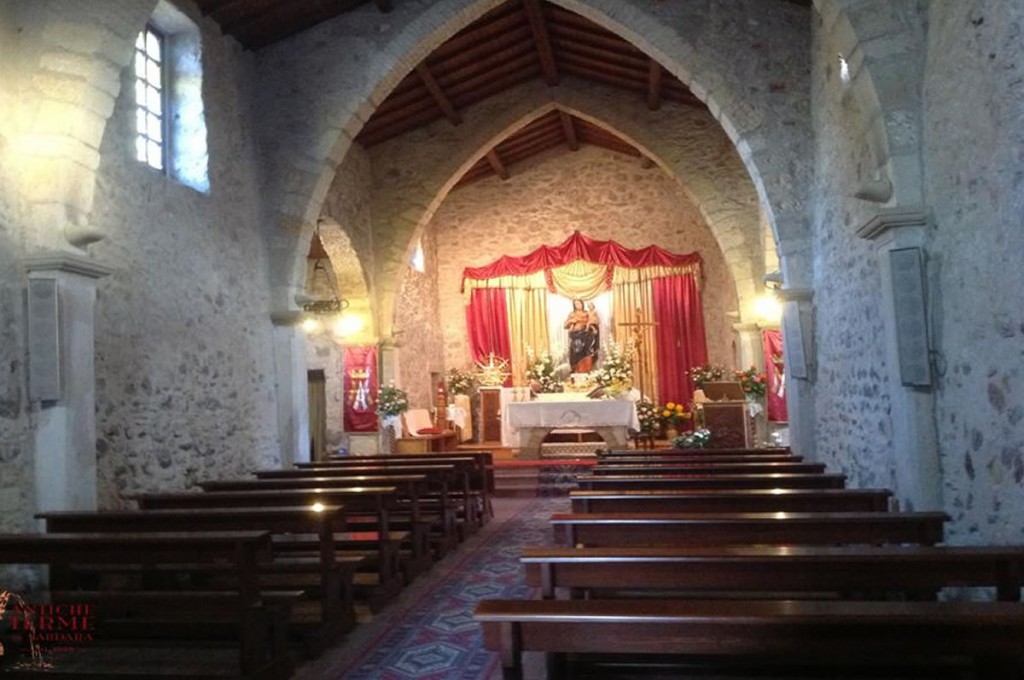