The Castle of Sanluri belonged to the Villa Santa counts and was built in 1355 on a previous fortification at the behest of King Peter IV of Aragon. The King entrusted the fortification work to Berengar Roich who also constructed a wall system that included an area of ​​about 18 hectares. On June 30 1409 the town of Sanluri and its castle became the scene of a violent clash between the Catalan Aragonese troops, led by the infant Martin the Young and the Arborean troops, commanded by William III of Narbonne. In this battle the Catalan troops conquered the fortified residence permanently and forced the Arborean king to retreat in the nearby castle of Monreale. The residence was occupied by the Iberian feudal nobility for centuries.

The castle of Las Plassas

Dates back to the twelfth century and was built at a height of 270 meters on top of a perfectly conical hill overlooking the town. It used to be a strategic stronghold of major military importance. having defensive functions of the Giudicato of Arborea. It was built along the southern border of the state of Oristano to protect one of the most fertile regions, suited to the cultivation of cereals and legumes. The mammillary shape of the hill on which it was built gave the castle its name, which was originally transmitted to the administrative district in which it stood on and it still distinguishes this fertile piece of land today. The castle underwent various rulers over the centuries: in 1409, following the famous battle of Sanluri held in the area called ‘Bruncu de Sa Battalla’- which ended with the defeat of the Arboreans – the castle of Marmilla was enfeoffed by the Iberian Peter de Besalú and then purchased, in 1541 by the Aragonese Açor Zapata with an act of appointment signed by Charles V, Emperor and King of Sardinia.

The castle of Monreale

The castle of Monreale is located on the border between the Kingdom of Arborea and the Kingdom of Cagliari and used to be part of the defensive line of the Giudicato of Arborea together with the castles of Marmilla and Arcuentu. The construction date still remains uncertain, but the castle is mentioned in a 1309 document as a donation of King James II of Aragon to Mariano and Andreotto de Bas, kings of Arborea, who entrusted the administration to the town of Pisa.

Used in 1324 as a royal residence for the wife of the infant Alfonso of Aragon, the castle of Monreale played a crucial role in the war between Arborea and the Iberian troops, also acting as a refuge for the island’s army after the battle of Sanluri . At the end of the fifteenth century it became the property of the counts of Quirra.

The fortified complex of Monreale is composed of a real castle, placed on top of a hill with the same name and an underlying village. It is enclosed by a wall with eight towers, having a squared and circular plan. The 10 meter high walls with no openings or windows are clearly visible and used to enclose three courtyards situated in the centre and surrounded by a series of rooms on the N,E and S. Wells and cisterns were underground and barrel vaulted and placed near S, while access to the upper floors was provided by brick staircases . 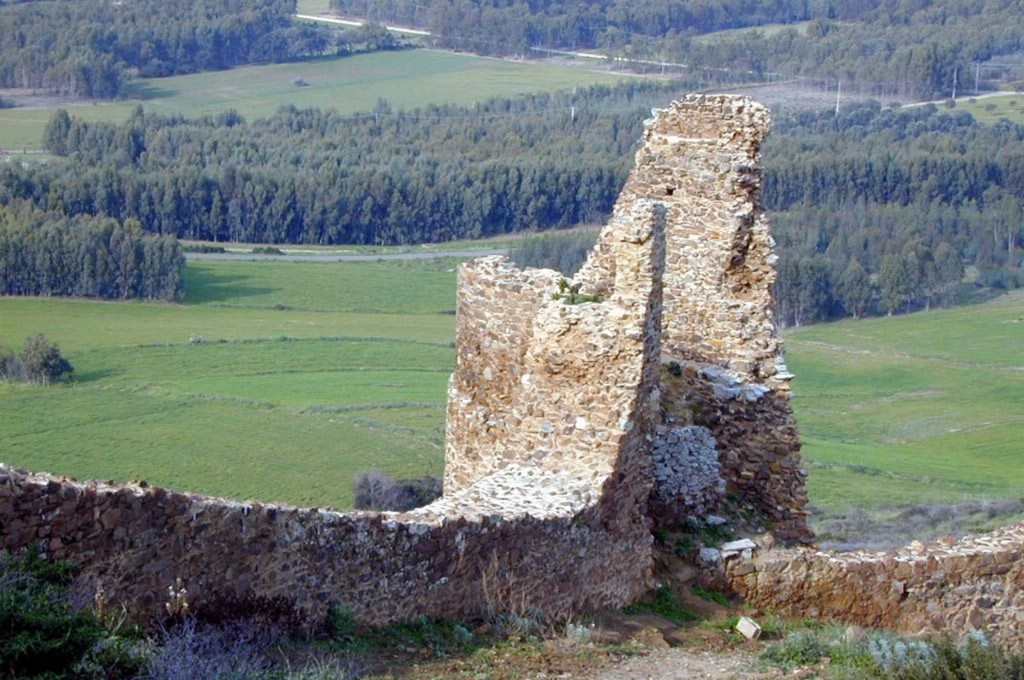 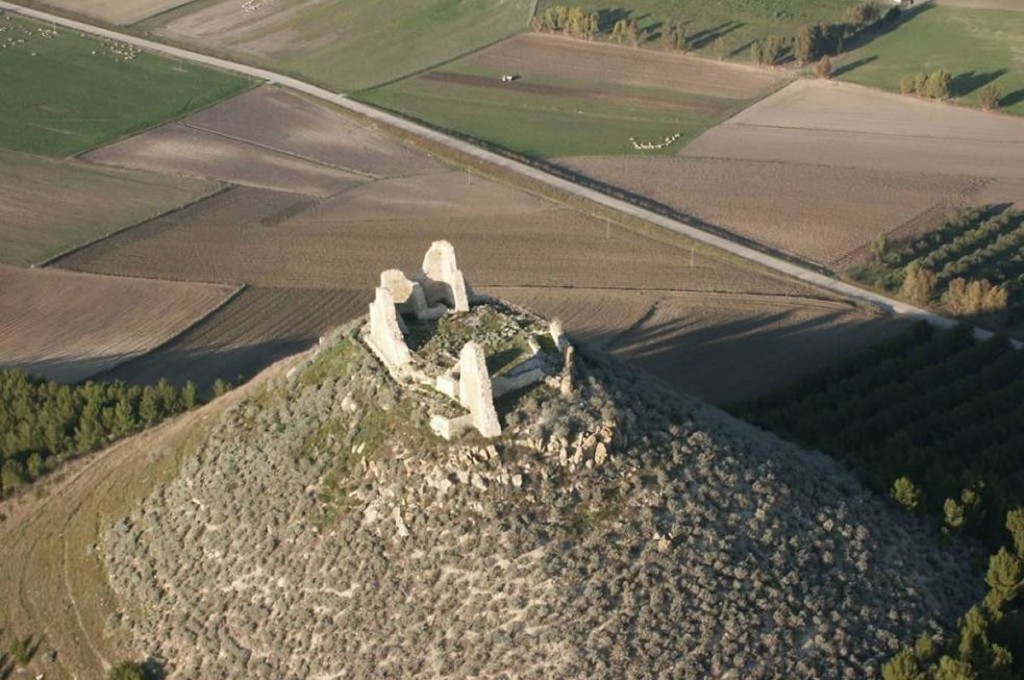